Discover San Diego’s Urban Neighborhoods from Barrio Logan to Mission Hills. Each with its own flavor, attractions, and culture. One thing they all have in common is the laidback coastal SoCal attitude. After a day at the beach or other outdoor adventure, head to the party downtown at one of the nightclubs or rooftop bars, or enjoy craft beer scene. If art and culture is your passion, you’ll find an exciting hub of creativity in San Diego from galleries to the museums of Balboa Park.

During the day, families can enjoy compelling cultural attractions in San Diego’s downtown, like The New Children’s Museum, take in a baseball game at Petco Park, home of the San Diego Padres, or catch the trolley to Balboa Park and the San Diego Zoo.

After dark, the city transforms with an endless variety of night clubs, music venues, and watering holes, there are plenty of ways to enjoy a memorable night on the town.

The waterfront Embarcadero (or “landing place” in Spanish) lines the western edge of downtown. Its boardwalk hugs the San Diego Bay, home to the cruise terminal, the Navy Pier and Seaport Village. Climb aboard to explore the ships at the USS Midway Museum, the Star of India, or the Maritime Museum of San Diego. If a moving sea vessel is more your style, hop on a harbor cruise and explore the bay, while taking in the skyline views. For fun on land, head to the Headquarters at Seaport Village to grab a gourmet bite or browse for one-of-a-kind take-home treasures.

This downtown neighborhood has a mix of modern high-rises, industrial warehouses, and Victorian-era homes. Its main focus is Petco Park, home of the San Diego Padres, and the many restaurants and craft beer bars surrounding it. There are also boutique fitness studios, a few clothing boutiques, and the Central Library, which houses an art gallery and a book lovers boutique.

Spanning a dozen blocks west from the Pride flag along University Avenue is a colorful mix of ethnically diverse restaurants, nightclubs, and acclaimed wine bars. You’ll also discover home decor shops, distinctive boutiques, the Uptown District shopping plaza and the country’s only openly gay brewery, Hillcrest Brewing Company. This lively stretch also hosts one of the largest farmers markets in San Diego on Sunday. A great place to shop for local produce, arts and crafts, the market also offers a wide range of gourmet stalls with hot and cold cuisine.

Just south of Hillcrest sits Balboa Park, the largest urban cultural park in North America and a hub for recreation, arts and culture, and community gatherings. The park is home to 16 museums and performing arts venues, ornate Spanish-Renaissance architecture, 1,200 acres of beautiful gardens and the world-famous San Diego Zoo.

Mission Hills is a neighborhood west of Hillcrest and south of Mission Valley. It is full of Craftsman homes,  condominiums, and has a little something for everyone. The neighborhood is a diverse mix of restaurants, from a greasy-spoon diner to sophisticated dinner spots to cocktail bars as well as boutiques and shopping. Pioneer Park is a pretty spot with a small playground, and Mission Hills Nursery has a huge selection of succulents, fruit trees, and more.

Today, San Diego’s most dynamic food and drink scene is centered in Little Italy. A slew of notable San Diego chefs have gravitated to Kettner Boulevard, and India Street is lined with many Italian eateries including the classic Filippi’s Pizza Grotto, featuring an old-fashioned Italian dining experience along with a delicatessen and market, which offers everything from prosciutto to mascarpone.

The Kettner Art & Design District which encompasses a group of retail shops and art galleries. The French Garden Shoppe and Architectural Salvage are both worth a visit for home goods and unusual finds.  And each Saturday from 8:00 AM until 2:00 PM, several blocks of Little Italy are shut down for the weekly Little Italy Mercato—a dynamic farmers market where locals shop for fresh produce along with gourmet goods, flowers, crafts, and ready-made foods.

The epicenter of North Park is the bar-hopping intersection of University Avenue and 30th Street, which holds claim to being “the best beer neighborhood in the nation,” thanks to numerous craft-beer establishments such as Toronado, Tiger! Tiger! and Modern Times Flavordome. Craft cocktails are also a mainstay with bars like Bar Pink and Seven Grand offering creative concoctions. The neighborhood pulses with great restaurants, shops, entertainment and art blocks, such as Ray Street, which boasts dozens of galleries, live theater and musical shows. The historic Observatory North Park, in the heart of the business district, offers an impressive year-round lineup. Fronting the theater is the lively West Coast Tavern.

South Park is a haven for indie shops, galleries, and restaurants that give top priority to seasonal organics and healthy to rustic and downright sinful. Craft beer is also celebrated here at bars like Hamilton’s Tavern, consistently rated “best beer bar” on the West Coast, and the family-friendly Station Tavern where burgers and beer are served in an old trolley station. Local art, fashions and one-of-a-kind treasures, that can’t be found at any mall, make shopping in South Park a true treat. Events like the quarterly Walkabout, with local shops and restaurants open late and offering special deals and bites, highlight the neighborhoods’ diversity and pride in the local arts, crafts, and culture.

University Heights is located between Hillcrest and North Park. It has its own personality with a mix of Craftsman bungalows and apartments for housing and laid-back eateries and hip bars for food. Its small retail area is at the north end of Park Boulevard where it turns into Adams Avenue.

Adjacent to the petite neighborhood of University Heights, Normal Heights has hip eateries, bars, and coffee shops. Adams Avenue is the main artery of action, and it’s the site of many festivals, like the annual music festival Adams Avenue Unplugged and Art Around Adams.

Barrio Logan sits under the San Diego-Coronado Bridge. In addition to its several art galleries, it’s also home to Chicano Park, which features the biggest collection of Chicano murals in the world. Though there’s usually a line, a visit to Las Cuatro Milpas for authentic Mexican fare is a must. You can follow it up with a beer at Border X Brewing, a Mexican craft brewery that makes a horchata golden stout.

Old Town refers to itself as the birthplace of California, citing the fact that it was the state’s first settlement—a Spanish settlement built in 1769, though, of course, there were people already here by the time the Spanish first became aware of the area in the 1500s. The neighborhood is anchored by Old Town San Diego State Historic Park, where visitors can find museums, historic buildings, and exhibits on the history of the region. The area also contains a collection of Victorian homes known as Heritage Park, as well as the supposedly “haunted” Whaley House. Several restaurants sit in Old Town, including Cafe Coyote, where the tortillas are hand-made. 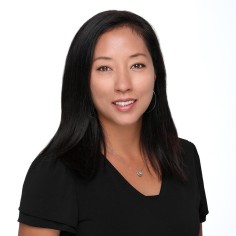